The War of the Worlds, and How You Can Help

We are in a crisis of the spirit. There is a force causes us to shy away from spiritual realities and live only in physicality. And it's growing stronger. This is materialism  - the spiritual force that wants us to lose ourselves in greed, sensuality, and addiction. And yet at the same time, a force is growing that opposes this materialistic onslaught. There is, therefore, a war between the worlds, and I want to show you how you can help. 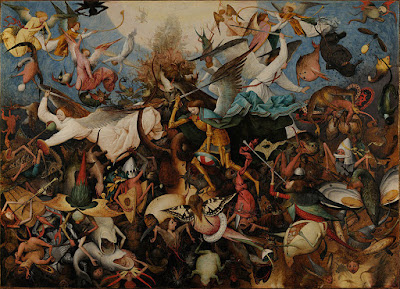 Spiritual Teachers on the War

But first, let me show give you evidence that there is such a war. These are various spiritual teachers that I greatly respect, each one of which teaches that there is a battle between physicality and spirituality being played out in the world today.

Rudolf Steiner called materialism "Ahriman": a spirit who actively pursues materialistic ends and causes us to do the same. As such, he writes that Ahriman and his forces are stronger than ever. They will overpower much of humanity unless something is done. Unless this "something" happens, humanity will gradually lose all connection to the world whose light we can now only see dimly if at all. But Steiner writes that there is indeed another force coming into the world that can overpower this "Ahrimanic" influence.

Without going into details, Steiner suggests that there is a force that will continually help us awake to another world while living in this one. Increasingly, many people will remember a light from beyond birth. We will be awakened to other worlds while living in physical life. The world will become increasingly transparent.

On the other hand, the spiritual teacher Llewellyn Vaughan-Lee also teaches that forces of materialism are polluting not only the physical world but also the spiritual world. To help clean this mess up, we must become conscious of the unity of spirit not merely with the inner spiritual levels of our mind but also with the outer, self-conscious, physical levels.  We must remember the unity of life, for then life would express its unity.

You can find this sentiment even in Mormonism. In the seventh chapter of the Book of Moses, Enoch sees a voice coming from the bowels of the earth that says "Wo, wo is me, the mother of men; I am pained, I am weary, because of the wickedness of my children. When shall I rest, and be cleansed from the filthiness which is gone forth out of me?" This wickedness is the materialistic, Ahrimanic force that prevents us from seeing the light that life holds. She - the earth - is buried beneath our oil pipelines and our pornography. Our greed causes her to weep. But eventually, says the Book of Moses, the earth shall rest.

What You Can Do

The physical world is fighting the spiritual world. But it's not one where one wins and the other loses. If the spiritual world wins, so does the physical world, since it will be enriched beyond measure. But the forces of Ahriman won't let us see this. The fight is a fight that will end in an embrace, but it seems like death to one of the parties to give into it. But if the earth lets itself be embraced by spirit, so much will be better.

This tense embrace is being played out wherever spirit and matter are together in tension. As such, you can help them come together. Wherever spirit and matter don't like each other, you can help by helping them to embrace.  For instance, take autism. Autism is an expression of the tense union between heaven and earth. Just like spirit doesn't like matter and matter doesn't like spirit, we are a divided soul where our sense of self exists apart from the body and the body feels unnatural. I am autistic, and so I can help the world by incarnating in my own body.

Another place where you can help heaven and earth come together is in your religion. I am a Latter-Day Saint, and as such, I belong to a religion where heaven and earth are tensely avoiding each other. Our ordinances are powerful beyond compare, but Utah has the highest paid pornography use in the nation. The truth is that our spirits are overpoweringly bright, but they are disconnected from our bodies and their instincts. Here, again, heaven and earth don't like each other. If you're religious like this, you can do a great deal to help the world by uniting heaven and earth in your skin. Let your spirituality be expressed in your sexuality and vice versa. Doing this, you will become overwhelmingly full of life, and so will the world.

You can also help it whenever you wake up or fall asleep. When we sleep, we sojourn in echoes of the spiritual world, but when we're awake, we're in physicality. Normally, there is no continuity there - you don't remember what happened after a certain point at night, you can't remember what happened after a certain point in the morning. But if you could build up a continuous awareness of what went on between sleep and waking, heaven and earth would be linked by a golden thread of consciousness. We would be awake while we dream, dreaming while awake, another way of describing the world as it's meant to be.

In short, let tense muscles resolve. This sums up the whole issue. It will bring peace.
Posted by Christian Swenson at 2:24 PM No comments:

Stories about the World

So let me tell you a story. Last December I was with my family in the TV room in a half-asleep state. Suddenly, a Julie Andrews Christmas came on. I was so tired that I didn't hear the words, but the soft, warm tone in her voice came to me and made me joyful. Those tones spoke to me; I know that I was being heard and seen. Neither the singer nor the composer had any idea who I was, but the music spoke to me. I know it. 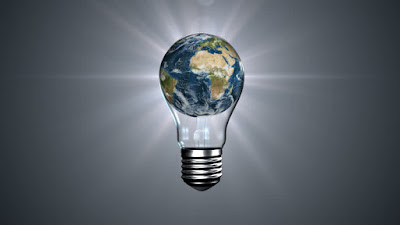 Another story. One day between classes at BYU, and I decided to pray for the answer to a question that's been troubling me. I have been growing very close to my Father in Heaven recently, more so than before, so I felt sure that if I asked him to answer my question before the end of the day, he would. A few minutes later, I went into the library, and I felt myself drawn to odd items in it: a fire extinguisher, a framed quote by Harold B. Lee, even a map of the building. But I didn't see "a fire extinguisher." I saw what the fire extinguisher said. As if it were a book or a face, I saw what it meant. I saw what they all meant -- together. God was speaking to me through the building.

Yet another story. My friend told me that works of art "call" to him. They don't shout for his attention; it ends up happening often in spite of his plans: going to see a movie when he wanted to sleep, seeing a play when he didn't want to, etc. But these plays and movies speak to him; they are intelligent; they know what he needs to hear. Mary Poppins was a personal message to him; he knew it was more than the literal plot.

These stories are glimmers of what I mean when I say that the world is waking up. The world is remembering how to move, speak, and think; it's getting a sense for its own dignity. And the baby-steps it's taking will eventually become a full-on sprint. For the world has forgotten its divine nature. It isn't unintelligent, but it believes is. But the world is peeking its head out and saying "Huh. Maybe I'm not just a dumb receptacle of people's will. Maybe I have dignity!" And it does. She does. When the world wakes up, the light trapped in her will come out for everyone to see. All things we thought were inanimate will come alive and speak to us. And with her unstopped tongue, she will enter into an everlasting conversation.

Let it out. Let it all out and she will come to meet you. I assure you that she will.
Posted by Christian Swenson at 10:06 AM No comments: