There is a big sickness in the world today. It isn’t Zika; it isn’t E. Coli; it isn’t  AIDS. It’s something much worse and something far more pervasive. It’s so extant that we’ve forgotten you can not have it. I have it. You have it. Everyone you know has it. What is this illness?  I’ll call it Robotosis. 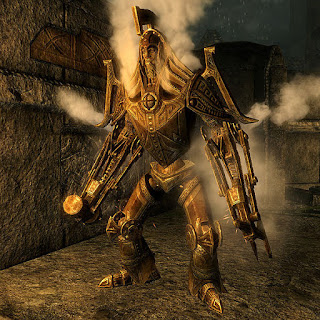 Robotosis is what happens when we act like a machine. This means that we no longer do anything. We no longer think, feel, or will — by ourselves. Instead, we react. When someone says something that offends us, we get triggered. When someone says something that we agree with, we get a warm tickling inside. If x happens, we always do y. Do we have any choice over this? None. We bum off of our impressions. We are slaves to them.

Robotosis is another word for the effects of the Fall. We have fallen into reactivity, thinking that we choose our destinies, when, in fact, we are composed of the feelings, sensations, and events that we react to. We don’t actually chose anything; our predetermined opinions and preferences choose for us. We don’t exist; we have forfeited our right to exist by giving that right to the impressions that please or offend us. What’s left is only a shell of being: the “natural man.” Likewise, sin comes from Robotosis. Another name for Robotosis is “the pathological rejection of love,” and that’s exactly what sin is. Love is the absence of Robotosis, and when we contract it (i.e. fall into sin), we reject the evidence of God’s love given in this very moment. To sin is to reject that moment. Everything shows God’s love for us, which means that all things are a testament to the fact that we are of infinite worth. A person may say “you’re awful,” but those words can lead to a deeper recognition of your worth if you follow them to the end that God leads them to. Even wars and genocides can lead to good things that could not come otherwise. But we all reject this.

For the natural man is an enemy to God, and has been from the fall of Adam, and will be, forever and ever, unless he yields to the enticings of the Holy Spirit, and putteth off the natural man and becometh a saint through the atonement of Christ the Lord, and becometh as a child, submissive, meek, humble, patient, full of love, willing to submit to all things which the Lord seeth fit to inflict upon him, even as a child doth submit to his father. - Mosiah 3:19


You may think “this can’t be right; I have to fix it,” or “I’m wrong, so I have to fix me.” Nothing is wrong but our perception that things are wrong. If you didn’t flee from God’s love in the moment, you wouldn’t fall into the more obvious sins like anger or unchastity, and if you stopped fleeing, those sins would end. They all involve the rejection of what God has given you in the grace of the moment. And when any of us sin in this primordial way, we hide from love. And this hiding, this sin, shows up as Robotosis’s automatic patterns. We can’t bear the light of being exactly what I am, of being authentic to the truth of the moment. So instead, we act on the caricature of the moment predetermined by our preferences.

And they who remain shall also be quickened; nevertheless, they shall return again to their own place, to enjoy that which they are willing to receive, because they were not willing to enjoy that which they might have received. For what doth it profit a man if a gift is bestowed upon him, and he receive not the gift? Behold, he rejoices not in that which is given unto him, neither rejoices in him who is the giver of the gift. - D&C 88:32-33


But how do you cure it? The way out of Robotosis is hard and simple at the same time. It involves working against your natural tendencies. Your natural tendencies are a caricature of something deeper and more eternal, but to become what it really is on a higher level, you need to frustrate it. If you like to laze around, push yourself to be active. If you’re always active, try to push yourself to sit still. Do something that blocks the natural flow of being that characterizes Robotosis. Get in your own way.

This is also why organized religions are helpful. Organized religions can be (but often aren’t) a cure for Robotosis. The more that is asked of you in a religion, the less you can bum off your own unrefined tendencies. Religions are like a model of authentic being that frustrates the natural man whenever he wants to slide into inauthentic being. They are a “great check.” They keep us awake to the light of God.

For the kingdom of the devil must shake, and they which belong to it must needs be stirred up unto repentance, or the devil will grasp them with his everlasting chains, and they be stirred up to anger, and perish; For behold, at that day shall he rage in the hearts of the children of men, and stir them up to anger against that which is good. And others will he pacify, and lull them away into carnal security, that they will say: All is well in Zion; yea, Zion prospereth, all is well—and thus the devil cheateth their souls, and leadeth them away carefully down to hell. And behold, others he flattereth away, and telleth them there is no hell; and he saith unto them: I am no devil, for there is none—and thus he whispereth in their ears, until he grasps them with his awful chains, from whence there is no deliverance. Yea, they are grasped with death, and hell; and death, and hell, and the devil, and all that have been seized therewith must stand before the throne of God, and be judged according to their works, from whence they must go into the place prepared for them, even a lake of fire and brimstone, which is endless torment. - 2 Nephi 28:19-23


For this reason, guilt is absolutely necessary in overcoming Robotosis. But it has to be the right kind of guilt. It has to be smart. When you sin, you can either think “woe is me, I’ve sinned” or “I hate the fact that I’m not allowed to do this.” But these are both wrong; they both come from Robotosis. In truth, guilt is a feeling that comes from sin as its own cure. If you trusted guilt as a manifestation of love, it would lead you out of sin. You have to realize that “I have sinned; I have rejected the love God wanted to give me. And despite this, there was nothing I could have done differently!” You don’t rebel, and you don’t beat yourself up for not being better. You realize your utter and complete insufficiency; you sit in that tension. But between that rock and that hard place, a light begins to dawn. You realize that something more than you is present within you. And that thing, born from guilt, begins to grow brighter and brighter.

No power or influence can or ought to be maintained by virtue of the priesthood, only by persuasion, by long-suffering, by gentleness and meekness, and by love unfeigned; By kindness, and pure knowledge, which shall greatly enlarge the soul without hypocrisy, and without guile—Reproving betimes with sharpness, when moved upon by the Holy Ghost; and then showing forth afterwards an increase of love toward him whom thou hast reproved, lest he esteem thee to be his enemy. That he may know that thy faithfulness is stronger than the cords of death. - D&C 121:44-44


You are where you are. You aren’t where you aren’t. When you want to be where you’re not at the expense of where you are, you begin to suffer. When this becomes habitual and automatic, that suffering becomes Robotosis. To realize the sufficiency of where you are — which is the only place you’ll ever be — is to overcome it.

Let this realization burn within you. Everything is OK.
Posted by Christian Swenson at 4:09 PM