If you don’t know already, I have high-functioning autism, aka Asperger Syndrome. You know the type: the aloof, uncoordinated, who doesn’t look people in the eye. It can be really hard. It isn’t easy to notice social cues. It’s even harder for me to be present in my body, even in the most basic sense. Because of my diagnosis, I’m uniquely able to write about what it’s like being in an autistic head: I’m trained philosophically and can write well, so I can help neurotypical parents understand what’s going on with the children they have on the Spectrum. So that’s what I’m going to start here. 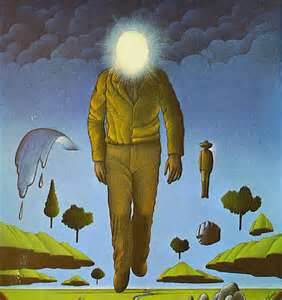 Autistic people are spirits tethered to a body. For instance, I don’t feel like I’m what I see in the mirror. I am an observer; I am . Autistic people never got used to having a body. We might even want to leave our bodies, but for obvious reasons, we all have to have one. Moreover, in autism, there’s a desire to be “bigger” than the body will actually let the spirit be. It’s like the entire universe were pushed inside a tiny bag of skin and told to “stay put!” We can’t bear to be so small; we want to be a universe ourselves. So we get “hot” just by virtue of that density. That inner fire shows up as overstimulation and restlessness. The world is aflame; the fire of stars and galaxies is pushed into light bulbs and television sets.

So we  figure out ways to deal with this stellar fire: what the world calls “.” For instance, I pace. The pacing lets me feel as expansive as a universe in a limited time and space. It lets me weave together diverse moments and places into a something like a unity. Obsession is like this too. When I obsess about , I become that topic. I forget about my body and my finite life. There is just the seeking, the searching. But it isn’t always that easy. In truth, I’m a slave to that inner fire. Since I don’t distinguish myself from it, I feel compelled to follow it wherever it leads, and it leads far further than my body and my earthly personality can bear. I am a vessel that can’t handle the heat. It was never meant to be in an earthly as mine. And so we tend to reject anything earthly at all. We’d rather be the fire than an incompetent vessel for it.

To put it in a few words, autism is what happens when the fire of higher worlds loses itself in this world but never adapts to it. Everyone comes from that fire and has it at their core, but most people forget it and focus on this world. This is normal and healthy. But we’re bad at adapting; we’re true to celestial worlds at the expense of this one. Our and our mind-blindness come from how we assume everything shows its face and nothing hides its inner meaning. In fact, things are how they appear in higher worlds. We rant about our obsessions because we assume that, like there, thoughts are shared with those who are close to us. We never learned, or else refused to learn, that this world is founded on difference. I am different from you, this pot is different from this , etc. In the world of spiritual fire, everyone shares everything. There is no hiding and no separation. Of course, there is in the spiritual world, but only because the differences here act as a containing vessel for things in the spiritual world that would otherwise be identical. Without the physical, the spiritual would spill out all over the counter; the fire you cook dinner with would burn the house down.

The autistic person has a fire in her belly that resents . We refuse to descend, and as a result, we reject principles that mediate between the highest and the lowest worlds. It’s like we’ve removed the rungs from Jacob’s Ladder; we want to control the physical directly from the spiritual. And it doesn’t work. We try to operate our arm like crane lifts. We move our legs as if by dual joysticks on a video game controller. We walk around as if we were learning to drive a car with a manual transmission. And it’s really cumbersome.

But we aren’t “wrong.” Even if it were possible, autistic people shouldn’t be cured. there is a gift for the world hidden in our weakness; with autism, the fire is breaking out. I’ve written before about how the fire of heaven, of the “no-thing-ness” that comes before all things, is getting hotter and brighter. Autistic people are a manifestation of this fire. Since the earth resists change, this causes dissonance, and we are that dissonance in the flesh. We’re a test case; the war of the worlds is being fought in our skins (among other places). Not a battle, but a dance or a “snuggle with a struggle.” Heaven and earth are learning to love each other.

And, finally, I tend to think that the more low-functioning the autistic person, the fiercer the battle that’s being played out. They are extreme in every sense of the world. A hotter fire; a more rigid earth. And they are utterly irreplaceable. Treasure them. They are warriors in .

Please don’t think of me as vain. I am not very autistic. I pass for neurotypical more and more. And I often feel bad that it’s not more severe. I have to walk between worlds, but I want to flee this world. But I can communicate. I can let each side know what it’s like on the other. I hope I’m doing an OK job.