Science: A Spiritual Being

There are many hidden spiritual beings. Some of these are big. They are the movers and shakers in the spiritual world and, as such, in ours. The World Wars were their handiwork, as is any sudden historical change. "The Patriarchy" is a spiritual being like this, and the force that got Donald Trump elected is another. They are what many have called gods or goddesses. Swedenborg called them "spiritual communities," and Carl Jung called them archetypes. They are important. If you don't pay attention to them, you will blindly become a pawn in their chess game against each other. To really exist as a being apart from these era-defining forces, we need to bee aware of them. That's my goal in this post.

Specifically, here I'll write about a particular spiritual being that's very relevant right. This being is what you could call "rightness." This being exerts its influence wherever there are comment wars on Facebook, heated political debates, and especially in the scientific worldview. It wants to be right. When you settle a debate about whether James Monroe was from Virginia by looking on Wikipedia, "rightness" was the acting force. When you "know" the Church is true, it has a share in that testimony. And since we all love truth and never question it as a value, rightness has its metal tentacles enmeshed in our culture.

Rightness goes hand in hand with death. What made pollution? Science. What made nuclear war possible? Science. Moreover, whenever you take measurements, you kill the livingness that those measurements put in a cage. Flesh and fur become facts and figures. Science says "stay put!" and when nature says "no!" it kills nature. And yet it is not evil. Like many archetypes, rightness cannot see itself except in and as us. If it were self-aware, it would become a noble, pure, lofty intelligence like the top of a mountain or the crisp air of a winter's day. It would be the purity we taste in number and graphs. But it has been confused. It wants to kill things because it is convinced that this height and purity can only be achieved in death and the whiteness of bone. 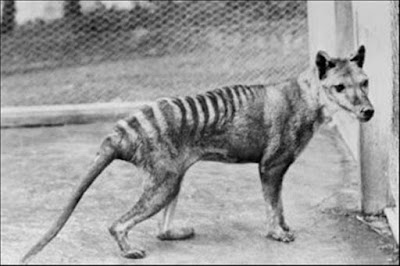 For rightness is afraid. It is terrified that, if it stops the search for absolute purity and certainty, it will die. And it kills to do this. It desperately seeks for a feeling of its own existence, of body, in being right, but because it never gets this, it seeks even harder. This shows up in how we desperately feel that we must be right and that something indefinably terrible will happen if we're wrong. This insensitivity is rightness clawing for a body.

And yet it is mistaken. You can have purity and certainty alongside the messiness of life. Plants have an order and a logic that would make any engineer envious. As does any animal. When rightness sees that order and purity happen naturally, without compulsion and an endless striving, it will stop being so destructive. But it cannot do this until it realizes what it is doing. It needs to become conscious of itself and see the horror of what it has done. Then redemption can come.

This happens in us. Whenever we ask ourselves "why do I need to be right?" we are expediting the development of rightness's self-awareness. Learn to know the force behind the push to be right. Know its edges and its fears. Learn the abyss it is scared of. Taste its revulsion at the messiness of life. And, slowly, teach it to face its fear. This will help the world more than you know.
Posted by Christian Swenson at 1:16 PM