The Incarnation of Goddess

"One can say that the incarnation of the feminine principle in a woman is still on the program for the coming centuries, and is beginning to become urgent today." -Marie Louse Von Franz, The Golden Ass of Apuleius: The Liberation of the Feminine in Man

"In the matriarchal era preceding the patriarchal era, spiritual power was in the hands of the priestesses. Some of the patriarchy’s fear and persecution of the feminine can be traced to these ancestral memories." - Llewellyn Vaughan-Lee, Spiritual Power

"And it came to pass that Enoch looked upon the earth; and he heard a voice from the bowels thereof, saying: Wo, wo is me, the mother of men; I am pained, I am weary, because of the wickedness of my children. When shall I rest, and be cleansed from the filthiness which is gone forth out of me? When will my Creator sanctify me, that I may rest, and righteousness for a season abide upon my face?" Moses 7:48

And awake, and arise from the dust, O Jerusalem; yea, and put on thy beautiful garments, O daughter of Zion; and strengthen thy stakes and enlarge thy borders forever, that thou mayest no more be confounded, that the covenants of the Eternal Father which he hath made unto thee, O house of Israel, may be fulfilled. - Moroni 10:31

Something is happening. This "something" has been brewing for a very long time, and it will keep brewing for a lot longer, but right now (in a time as short as a year or even shorter) we have the opportunity to help it happen. If we miss this opportunity, there will be others. But we shouldn't ignore it. What is this "something?" It is the incarnation of the Divine Feminine. 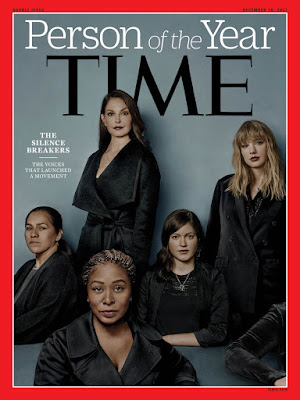 Right now we have a caricature of everything wrong with "masculinity" (which has nothing to do with real masculinity, by the way) as president. But even in this cesspool of a situation, in the last month or so, we have had legions of women coming forward to accuse men in Hollywood of sexual misconduct. For a few weeks, Facebook and Instagram feeds ran rampant with a single, haunting hashtag: #metoo. Women are losing their fear.

Even as this happens, wildfires, earthquakes, and hurricanes rage across the planet. The earth, who has always been seen as a woman, is waking up. And she is angry.

In the last year or so, we have seen many stories of women who save the world from a life-threatening darkness with ancient power and fierce compassion. Moana was one of them. So was Wonder Woman and the video game Horizon Zero Dawn. In all of these and others, women step into their roles as the fierce guardians of innocence, not the meek housewife, not the fawning sycophant, but the incarnation of love in all its fury.

In my life, women have been stepping into their power. My friends are realizing that the feminine was never weak, but far more powerful than anything typically seen on the world stage. I too am realizing the presence in me of a fluidity, a lithe power, a movement and a dynamism that I previously was too afraid to bear. This power, she, is Shakti and the Kundalini serpent; she is Isis (the goddess and not the blaspheming terrorists) mending the broken Osiris;  she is "the woman clothed with the sun" in Revelation; she is the countenance of sheer power that instills more fear in most men than anything else.

She is coming, and she will petrify whoever opposes her. Enemies of the goddess beware.
Posted by Christian Swenson at 10:34 PM