The Everyday Bodies of Spiritual Beings

Naturally you have a certain practice in order to distinguish dream images from reality and to observe this distinction precisely. But then you come to the point of recognizing that something is there around which everything else is gathering. Normally (I am trying to speak precisely) the situation is that this one thing in the middle of all others can appear in a certain sense paradoxical, even absurd. This situation is that something remarkable, something very strange, appears in a sequence of images of this sort - which is otherwise so beautiful, so magnificent, so powerful. - Rudolf Steiner, Inner Reading and Inner Hearing

Suppose a patient has an unusual dream of being threatened by, say, the waves of the sea, or a lion, but on the outside only complains about the boringness of life and having a headache. You can say that the unconscious has announced an archetypal emotional constellation, an X, but one could not yet say that it has been constellated on the outside. You make a mental note and the analysis goes on for three-quarters of an hour, but all the time you have the feeling that the tremendous drive, the libido of the lion, has not yet been constellated in outer life. Then one day a charming man turns up and asks the woman to go out and have an aperitif with him; the husband makes no objection and they have a very nice time. The headache gets better, the husband dreams about a traffic accident, she dreams of burglars, and now the thing is constellated! One always knew t hat she was looking out the window for an adventure, something wanted to create heat, a conflict and adventure and life. I would say that the problem of the lion, or of the waves of the sea, hitherto latent, becomes constellated. To understand the dream six months beforehand would be to know the germs. A bit of the biography of the woman is now constellated. When she had the dream, it was ahead of her and far away, but when the earthquake comes it is actually constellated. - Marie Louise Von Franz, The Feminine in Fairy Tales

Applying an Agatha Christie approach, the person would look at the [synchronistic] event as a potential meaningful coincidence, asking “Is it ‘commenting’ on an inner situation? Is it a metaphor for something going on in my life? If we accept the idea of synchronicity, every unusual event invites us to pause and reflect on it. This attitude of seeking the possible meaning or potential significance can be applied both in ordinary life and in psychotherapy, to dreams and to synchronistic events. Both are events in which t he collective unconscious is manifested in symbolic language. People often overlook or forget them and first need to notice and remember such events and dreams. Then they can consider the potential meanings by thinking about the symbolic elements and by wondering whether these elements seem analogous to anything currently important or troublesome. - Jean Shinoda Bolen, The Tao of Psychology: Synchronicity and the Self


In a dream I had a few days ago, I had a cool intuition. I wrote it down afterward, but like most thoughts I have while I’m still “dreamy,” it is otherworldly enough that I’ll need to explain it:

There are centers of activity moving through accidents of space and time, for which the accidents of space and time are either more or less relevant depending on the intentionality of those centers of activity. The correct way to speak to spiritual beings is in the way you read a face: some things are directly indicative of the affection, and some things are indicative only insofar as they are the periphery of the direct indications. It would be a mistake to see all parts as equally indicative. The difference between the parts is based on the intentionality of the centers of activity.


When you look at someone’s face and discern their emotions, you don’t do it by looking at their ears. You do it by looking at their eyes. The eyes are the most direct indication of a person’s inner nature, and any other part of the body is only an indication in a more peripheral sense. Talking to someone, you look at them in the eye, and if you notice their mouth, you only notice it in a secondary sense. The hands are also very directly relevant in the way. In short, some parts of the body manifest a person’s inner nature much more directly than other parts. 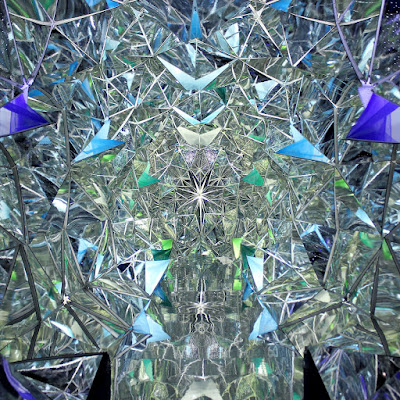 Notice that I use the phrase “inner nature.” This is what I meant in the above quote by a “center of activity.” For a person, there is one center of activity that manifests in the whole body. However, imagine (if you can) that there were many such “centers” of activity that showed in the body. That is, what if the hands said something different from the eyes? This is that nature of the relationship between the spiritual and physical worlds.

The world is a body for spiritual beings. Like the eyes are for you, there are places in the world that are a more direct manifestation of a spiritual being than anywhere else. And just as the periphery of the eyes show your inner nature in a more peripheral sense, the “periphery” of these places manifest those spiritual beings in a less direct sense.

I mean this very literally. Have you ever seen 11:11 on a clock, repeatedly, perhaps every day for a while? This is a classic sign that a spiritual being is present. It is a manifestation of that spiritual being in the world. However, this example is fairly weak. A more profound example comes from my friend, whose story I hope he won’t mind me telling. He hears, over and over, and in the most bizarre circumstances, the word “Ozymandias.” It became a sign to him, a message that catches his attention over and over. Once he was sitting in a movie theater, thinking “I haven’t heard the word Ozymandias for a while,” when, suddenly, a character in the movie started reciting Percy Shelley’s poem that goes “I am Ozymandias, king of kings…” This is an example of a spiritual being manifesting as a single “center of activity.” The word “Ozymandias” is his “eyes.”

But this doesn’t need to be so theatrical. If Swedenborg is right when he says that this world is a “theater representative” of the spiritual world, we should be able to read the world like a spiritual detective novel, picking up on clues to discern the actors in a given situation. Notice themes in your life. Do certain moments tend to have similar characteristics? Are there repeating patterns? This can even go so far as noticing that you attract the same type of person in relationships.

Finally, if you really want to see this in action, see it while you’re dreaming. Dreams show this vividly and without hiding it. Everything in a dream is merely a “face” for the centers of activity moving through it. When you learn to “read” the dream this way, it’s no longer a chaotic mass of images. It’s a conversation between spiritual beings.
Posted by Christian Swenson at 12:48 PM