Why Teal Swan is a Medieval Rabbi

So Rudolf Steiner wrote a series of books called Karmic Relationships, and it describes just that: how our relationships in the world are structured and marked by our “karma,” the effect of our past lives on the present one. Of course, I’m a Mormon, and I’m not supposed to believe in past lives. But the way Steiner describes these “karmic relationships” is so gosh darn interesting, revelatory, and fun that it tempts me more than a bit. 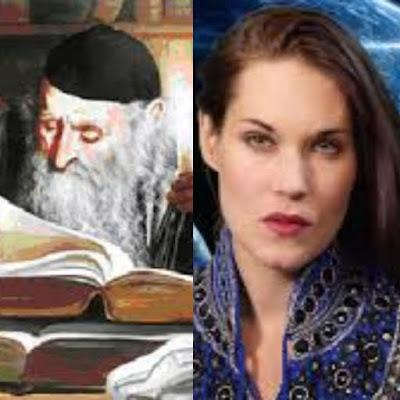 For instance, he tells us that Karl Marx was a Frankish warlord in his past life. He governed an estate, but regularly left it to go pillage other estates. But eventually it went badly, and when he came home, he found that someone else had usurped his estate and forced him to be a serf on what he formerly owned. Marx and the usurper, who later became Engels, worked it out in the spiritual world that they’d come back and work our their karma in a beneficial way. Hence the “specter of communism.”

This is fun, yeah? It makes sense more than a bit. I’m in a class about Marx right now (which is why I’m thinking about it), and Marx’s writing reminds me of warriorhood more than a bit. Every verb he uses is combative. It’s all about slavery and domination, and he never uses peaceful language even when he describes peaceful things. This isn’t necessarily an evil thing; it’s just the character of a warlord.

And that’s always how you find out someone’s “karma.” You don’t look at their big achievements or their career; you look at little things like the way they move their hands or the way they hold their pencil. You take those idiosyncrasies and sort of “squint your eyes,” using the eyes of an artist to elaborate those gestures and oddities into a living picture. That living picture, for Steiner, is the person’s “past life,” the character of the life that brought about this one as a way to fulfill its “karmic deficits.”

Like I said, I’m a Mormon. I’m not supposed to believe in reincarnation. But the idea of taking a person’s gestures and elaborating another person out of them is something that’s super interesting to me. I don’t necessarily think that you discover a person’s past life when you do this. Instead, you discover a life that is very bound up in that person’s “I.” And this makes sense to me: in the spiritual world, nothing is distinct and everything comes together by virtue of a shared “inner state” or common focus. You are a focus like this. You existed pre-existently, sure, but that pre-existence was certainly informed and inextricably tied up with lives that have already gone before. And that’s another thing: it’s not obvious how things are going on down there on earth when you’re in the spiritual world. You have to learn (though only in a sense) from people who have recently died to see how things work in the physical world. So you could imagine that Frankish Warlord dude coming up to the spiritual world meets pre-existent Karl Marx, which is always a kind of mind-meld, in a way that leads him to say “Gee! People can oppress other people like that? That’s so evil! I’m gonna fix it.” And this being a kind of mind-meld, it’s also Frankish Warlord Dude who is saying this, though it is only Marx proper who incarnates. He just has soul character from the Frankish Warlord by a kind of reciprocal sharing of identity.

So I want to do this! Will you stay with me if, for the rest of this post, I figure out a famous person’s “past life?” If you saw the title of this post, you’ll know who I’m going to pick: YouTube spiritual teacher Teal Swan, with whom I have a love-hate relationship.

Teal Swan is brilliant. There’s no getting around it. She knows the ins and outs of dialectic and the way opposites co-implicate each other. She moves in and out of logical arguments without getting too stuck. She tests you and pokes you by saying surprising and provocative things. But! In all this, you can see the character of someone who is very tied to the idea of being the person you are. She’s all about authenticity, self-love, self-help, etc. She speaks of “mergers” with others, but it is always in a way that is focused on the “self” being merged with. She always moves toward (a) self, never away from selfhood entirely. This is not a bad thing per se, but it does have consequences.

For instance, she sees no value in humility. In one of her videos, she describes how humility is merely the way society beats down someone and prevents them from being their authentic self. As such, it’s not surprising that she hates both Mormonism and Islam. She doesn’t seem to know the joy that comes from completely emptying yourself and, while in that self-emptied state, being filled with something bigger and brighter that is, nevertheless, not you. “I no longer live, but Christ lives in me,” says Paul, which Teal Swan would never dream of saying.

For Teal Swan is fundamentally non-Christian. She is focused on self, and while selves can merge and blend with each other in a way that makes being together possible, she does not grasp the value of a self-emptying that leads to being filled. This is the Christian impulse: you’re meek, and you inherit the earth; you die, and you’re resurrected. For Teal Swan, death doesn’t exist; it’s always life upon life upon life. She’s always pushing, but always at the expense of receptivity. Meekness, humility, and grace are entirely foreign words for her.

So if we look at a video of Teal, I want you to notice not what she’s saying but how she says it.

See that her eyes often are compassionate; she does want to help; she loves. And yet her facial expressions are firm, focused, direct. She often shows anger. And yet above it all, she is very playful in an ungrounded, airy way. When she’s excited, she often talks very quickly; when she’s most herself, she is flippant, provocative, and at home in her own skin in a way that’s a delight to watch.

So Teal Swan’s character is compassionate yet combative, ungrounded yet fierce. That character is non-Christian, and it is focused entirely on the idea of fullness in a way that excludes emptiness. And we find that type of person in a very specific place that may be surprising: religious Judaism.

Teal Swan was a Rabbi in one of her “past lives.” This Rabbi is caring and devoted to God and to others, even to God in others, but resents the idea of God becoming abject and common in Jesus Christ. God isn’t lowly; he’s grand, full of life, forceful! He will send his Messiah, and it won’t be some common rabble like Jesus of Nazareth but instead someone who will save the world from those hypocritical, self-abnegating Christians! This Rabbi, as Rabbis can tend to do, considers arguing about spiritual things an almost religious act. He looks forward to giving arguments and counterpoints about various points in the Torah. Above all, he is completely content in himself. Life is good; he don’t need no Jesus.

Posted by Christian Swenson at 11:57 AM