Every Thought is an Ecosystem

Spirit adapts itself to all these organs and attributes. It quickens the intellectual faculties, increases, enlarges, expands, and purifies all the natural passions and affections; and adapts them, by the gift of wisdom, to their lawful use. It inspires, develops, cultivates and matures all the fine-toned sympathies, joys, tastes, kindred feelings and affections of our nature. It inspires virtue, kindness, goodness, tenderness, gentleness and charity. It develops beauty of person, form, and features. It tends to health, vigour, animation and social feeling. It develops and invigorates all the faculties of the physical and intellectual man. It strengthens, invigorates, and gives tone to the nerves. In short, it is, as it were, marrow to the bone, joy to the heart, light to the eyes, music to the ears, and life to the whole being. - Parley P. Pratt, Key to the Science of Theology

It was said to spirits that the nature of heaven, or of celestial and spiritual things, which are of faith in the Lord, can by no means be otherwise than is the case with everything which is in the animal, and everything which is in the vegetable kingdom, to wit, that each particular proceeds from inmost things, or from those which are most remote from the senses, and these particulars in either kingdom are such that they can never be adequately conceived. However deep the keenest eye may penetrate, it still detects increasing wonders, and yet these are only in the lowest degree advancing but little way into the interior. Without principles derived from inmosts, which are all in all lower things in orderly arrangement, nothing would ever exist or subsist, nor would there be anything such that life from the inmosts could enter into it. The case is the same with each one of the ideas of men, spirits, and angels who are led by the Lord; the wonderful and incredible things begin first in the interiors. - Emanuel Swedenborg, Spirituall Diary, 1825

I wrote this in my journal yesterday:

There are beings passing through and organizing my thoughts like very fine blood vessels. My thoughts are an ecosystem. 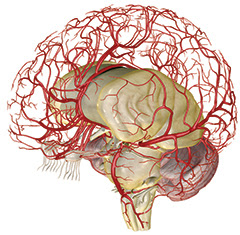 This thought was about the friends that I often help by giving insight. This happens even though I don't plan on helping them in that way. Don't get me wrong -- I try to help them, but when I "try," I fail! But if I just talk with them and have some force behind what I say, that force will be co-opted by some other divine impulse within my ideas, one which I don't plan. I suspect that that force is done by spiritual beings working through me. I am a conduit for them. But how can that be? How can there be agents in my actions when I intend them?

Well, let's think anatomically. I am a single person, right? Only in a sense. More accurately, I'm a whole ecosystem of tiny organisms all working together. If I weren't composite like this, my body wouldn't work. I'd be a rock, not a living thing. In the same way, my intentions have tiny sub-intentions within them that, far from being lesser, are greater. If these lesser intentions were to leave, mine would die from blood loss.

There are beings in my thoughts, beings in my intentions. They are working, in very fine ways, in what I lay broad tracks for. So don't worry! If you at least do something, angels are at work.
Posted by Christian Swenson at 10:00 AM