Whoever repeatedly directs his or her attention to processes of becoming, flourishing, and blossoming will feel something faintly resembling the sensation we experience as we watch the sun rise. - Rudolf Steiner, How to Know Higher Worlds

Just take a look at anything you wish in the room you are in now, and focus on it visually. Really notice it through your visual sensing and then ask yourself, How does it feel? You will again experience that instantaneous burst of the feeling tone that is a part of that object. Just stay with it a minute and let the feeling develop. Now, take a break. Take a deep breath, perhaps stretch a bit or move your body. Then . . . close your eyes and remember the thing you were just feeling. Remember how it looks in all the detail you are capable of and remember as well how it felt. Still with your eyes closed, keep seeing and feeling the thing. Now . . . reach out with your hand to the place where the image is. Now, open your eyes and look at where your hand is. It will most likely be out in front of you someplace, somewhere in the region of space in front of your chest. Now, break state, that is, move a bit, stretch, or even get up and walk around, so you move out of the slight dreaming state you are in. Take a couple of deep breaths. Now . . . start thinking about something that you are troubled about, bills you have to pay, or a problem facing you, perhaps a government agency you are upset with. Close your eyes and see a visual image of it, of the people involved, and of you talking to them about it, and what you are going to do to attempt to solve the problem. Say all the things in that imaginary scene that you would say if you let yourself say whatever you wanted to. Let the scene unfold until it is clear. When it is, reach your hand out and put it in the place where that image is. Now open your eyes and look. Most likely your hand is up, either out in the region in front of your head or even higher—above it entirely. - Stephen Harrod Buhner, Plant Intelligence and the Imaginal Realm

So lately, I've been attentive to the way my body responds to doing different things. And I don't mean anything physical - in the same way that the Doctrine and Covenants talks about a "burning in the bosom," I've noticed that there can be a "burning" in many different parts of the body depending on what kind of spiritual truth I'm encountering. For instance, I've been listening to an audiobook version of Rudolf Steiner's An Outline of Occult Science, and I get the sensation of a rigid line between the chakras in my torso. You can go a step further and elaborate that into an image. For me that would be one of something that "brings up" divine fire meticulously and with deliberate care, like a pulley system carrying buckets of lava up from a volcano.  To "think from" that feeling is to come up with an image that best embodies it. There is a feeling quality, a "tone" or a "flavor" in it that wants to be seen as a pulley bringing up lava. 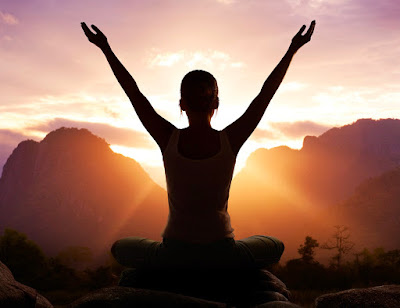 On the other hand, reading G. I. Gurdjieff's Beelzebub's Tales to His Grandson gives me an entirely different feeling tone. It has the character of something incredibly hot, but so hot that you don't notice it at first since it entirely surpasses your expectations. You dive into the fire, and it burns so much that your body doesn't even register that it's so intense until you've acclimatized to it a bit. I suspect Gurdjieff deliberately designed the book this way. After all, he says in the beginning of the book that:

I have already composed in my head the plan and sequence of my intended expositions, but what form they will take on paper, speaking frankly, I do not yet know with my consciousness; but in my subconscious, I already definitely feel that on the whole they will take the form of something, so to say, "hot," and will act on the common presence of every reader just as the red pepper pods did on the poor Transcaucasian Kurd.

Gurdjieff is talking about an earlier story, where a "Transcaucasian Kurd" bought a bunch of red pepper pods thinking they were some kind of fruit but, after eating one, decided to eat the whole bunch despite the "hotness" of it because he paid for the whole thing. Interestingly enough, I asked my friend to describe the feeling sensation he got while reading this book, and he said it was "A sunrise. A dawning in my consciousness," which is exactly my experience as well. He had no input from me on this: we both experienced a slow, imperceptible increase of light in ourselves -- first just warm and then bright -- which eventually become overpowering.

What's going on in all these cases? My body and my mind are "receivers" for the spiritual reality that these texts express. Divine light, passing through these texts like a prism, takes on different characters depending on their oddities. Another way of saying the same thing is that they reflect different "organs" in the homeostasis of the spiritual world, or the collective unconscious, as a whole. That's why you feel them in your body. In Swedenborg's words:

Spirits who in their lifetime took delight in the Word of the Lord, and who had a somewhat vivid perception of that delight, enjoy in the other life a certain celestial and pleasant heat, which it was given me to perceive by the essential approximation of kindred spirits. The heat of spirits is indeed external, but still radiating from internals not very clearly perceived. It warmed me very much, after the manner of summer heat, beginning from the region of the lips, and diffusing itself round to the cheeks, even to the ears, and ascending thence to the eyes. Below it spread itself downward over the breast, to the mid-region of the body. The higher parts of the head, and the lower parts of the body, had thence some degree of heat, but not so sensible; wherefore the true province of the heat is from the mouth upwards to just below the eyes, and downwards to the middle of the body.

As to those who are delighted with the interior things of the Word, it was given to perceive their heat also, and it was interior, beginning from the breast, and proceeding upwards towards the chin, and downwards toward the loins; but it was still interior, and perceived as such.

Those, again, who are delighted with the inmost things of the Word, their heat is yet more interior, or inmost, which it was given me indeed to perceive, but very slightly, inasmuch as my sense, in relation to these things, is too obtuse to allow of their being perceived as they are; for it was said that if I should perceive that heat, I could not subsist in the body, as it takes possession of the inmosts of the marrow, and because such is its quality I perceived rather a slight degree of cold externally, but within I had at the same time some kind of idea of heat. Its region is from the loins, or from the middle of the body between the loins, and thence extending upwards towards the breast and the left arm to the hand, and downwards into the left foot.

When it was given me to perceive these heats, which I did to the life, angels meanwhile spoke with me through spirits, and they instructed me as to the true state of the case, saying that it was their approach which insinuated these heats, because they had it in them, though they were no more conscious of it than is one who does not possess it. - Emanuel Swedenborg, Spiritual Diary 1856


Swedenborg here says that, when you feel that heat, it indicates the "approach" of angels. This is the same thing as to say that you're entering a more celestial state. You experience that approach by the parts of your body that "correspond" to those angels "lighting up." And of course, different spirits (in the lower parts of the spiritual world who acr as the body-like appendages of angels) can cause different heats. Evil spirits can even cause heat, to the point where Swedenborg says you need to be on your guard. That's why the "discerning of spirits" is such an important gift. You need to learn to ask who the "actors" are behind various "heats," thoughts, and images in your body and mind, turning to the good heats and images (and to the source of all good fire, God), and rejecting the bad. There is one trick that's wonderful in this process: what is that actor's purpose? If it had its way, where would it lead me? If it's into pain (even if it goes to pleasure first), it's not so good. If it's into joy, and if it respects your autonomy, it's the influence of God through good spirits and angels.

You're all wonderful. Don't forget that.

Posted by Christian Swenson at 10:09 AM