The Spiritual Reason for Modern Violence

On January 1, 1919, Rudolf Steiner delivered a lecture about the underlying spiritual causes of World War I. He described how a new "revelation" was taking place from the spiritual world, that we had been immersed in a wave of spiritual life since the end of the previous century, and that this wave, when accepted and integrated into consciousness, would deliver human consciousness into a deeper, more mature level of spiritual evolution. 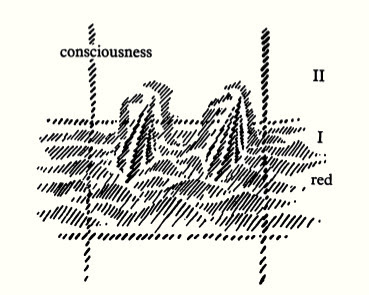 But we rejected it, said Steiner. We fight against it. And this battle against incoming spiritual life shows up as *intellectuality." The intellect, of course, is not real, not living. It *images* reality, yes, but this image is static, captures only one aspect of the dynamic organizing principle that brings reality into being. It doesn't present life, doesn't *perform* life, but instead makes shadows, specters, even corpses of life.

These shadows and specters, thoughts empty of life, thoughts that form a "ghostly web," were super popular then. Bertrand Russell was working on his Principia Mathematica, an attempt to define all mathematics logically (which Godel later proved impossible), and logical positivism was all the rage. "Everything is thinkable, logical, can be put into propositions, into a system, a web of facts," they all said. This system strives to be airtight, rigid, but this rigidity is the rigidity of defense, what occurs when you get a massage but never relax your muscles and end up feeling more tense and more exhausted than you did before.

But likewise, the world in 1919 was seething with rejected life beneath the airtight logical facade. Life is *not* logical - it is a world of difference, of dynamicity, of what facilitates the necessary connection between two things that even *lets* them oppose each other. You get hints of this in the culture and philosophy of the time. Joyce, Picasso, and Kandinsky were experimenting in the field of art, as were Jung, Wittgenstein, and Heidegger in the intellectual sphere. All of these (arguably) constitute an attempt to step beyond mere intellectuality, to embrace the new revelation of spiritual life, to add humility to thought. Heidegger, after all, had to create a new vocabulary to even articulate what he was trying to say, and Wittgenstein had to add a disclaimer at the end of his Tractatus to the effect that "if you understand what I've said here, if you got my point, you won't believe it, you'll throw away the ladder this book is after you've used it to ascend."

For the world yearns to step beyond this ghostly web, this web of thought, of *mere* thought, of thought-corpses. This is still true, more true, and the stakes are increasing. The ghostly web is breaking apart from underneath like a root beneath a sidewalk, and the "reality" of intellectuality is becoming more and more palpably absurd. The *world* is absurd; the world is a godforsaken Onion article. Donald Trump is president, school shootings happen every week, and intellectual debates are intellectual in name only. Soon, one way or another, we'll give up the intellect entirely.

But this can happen in a good way. To do this, we'd have to use a different kind of thinking, a thinking that is (to quote Steiner) "shape-producing; it gives separate pictures, rounded totalities; it gives contours, and through contours, color." This thinking *forms*, whereas the thinking still present, which we still stubbornly hold to, the thinking of the logical positivist ghostly web, is *dismembering*. If the right way integrates, sees things as wholes, knows the integrating and integrated character of the thing, the wrong way only separates parts from parts, only gives definitions. Positivism crucifies, whereas this new, dynamic thinking gives life, re-members.

For the secret, says Steiner, of World War I, and by extension the other wars of the twentieth century, and, moreover, the violence that pervades not only all school shootings but the present whole political climate, is this dismembering factor. When we reject the wave of life that comes with the new revelation and cling to our outdated positivist spider web, we fight that integrative factor with a force just as strong. We reject life; we have to reject life -- it's too powerful, demands too much, fills me more than I can bear. But if we don't accept it, if we turn ourselves away from it, we kill it. And murder like this can't remain implicit. Like everything we do with our minds implicitly, it will become explicit through deeds we all look away from. So, therefore, wars happen that we turn away from until it's too late, and we forget about school shootings within a week of their happening.

Eventually, the cry of this life will be heard, and it will become physically, tangibly real. Whether this life is mass murder or an integration of what the intellect has crucified depends on us. Will we remain within the shadows of the intellect or, facing our discomfort, step into the reality of will?
Posted by Christian Swenson at 11:49 AM